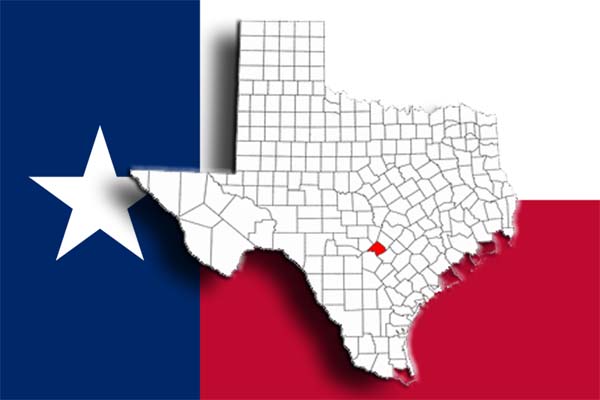 The creation of Comal County

Section 1.   Be it enacted by the Legislature of the State of Texas, That all the territory comprised within the limits hereinafter described, shall compose a new county, to be called the county of Comal, to wit:

Beginning at a point on the east bank of the Cibolo river, Bexar county, where the lower line of N. Michilis’ league (No. 114) crosses the same; thence running in a direct line to the south-west corner of survey No. 21, Class 3, made for the heirs of John Thompson; thence with the south line of said league, North 65 deg. East, to its lower corner, on the bank of the Guadalupe river; thence up said river with its meanders to the corner of Guadalupe county, on the east bank of said river; thence with the north line of the county of Guadalupe, to its corner, North 50 deg. West from the S. W. corner of Musgrove’s survey; thence running North 50 deg. West, 70,000 varas; thence South 54 deg. West to the Guadalupe river;  thence South to the Cibolo;  thence down the same with its meanders to the place of beginning.

Sec. 2.   Be it further enacted, That this act take effect from and after its passage.